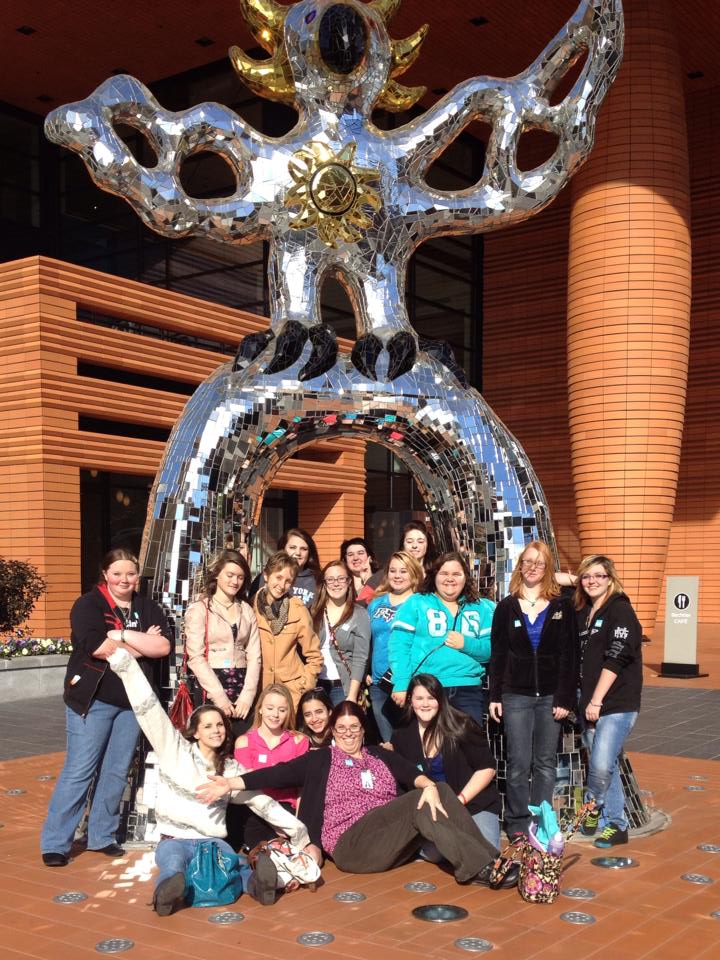 Mrs. Henderson-Hunsucker currently lives in Stokes County with her husband and two daughters and works  as an art teacher. When she is not teaching drawing, screenprinting, digital photography or other art related lessons, she volunteers as a tour guide at Vade Mecum for the Friends of The Sauratown Mountain, is Vice-President of Stokes County Association of Educators  and is a member of Danbury Community Church.